(See the full story at http://www.reuters.com/article/us-usa-election-clinton-idUSKBN0TX2N120151214 ) 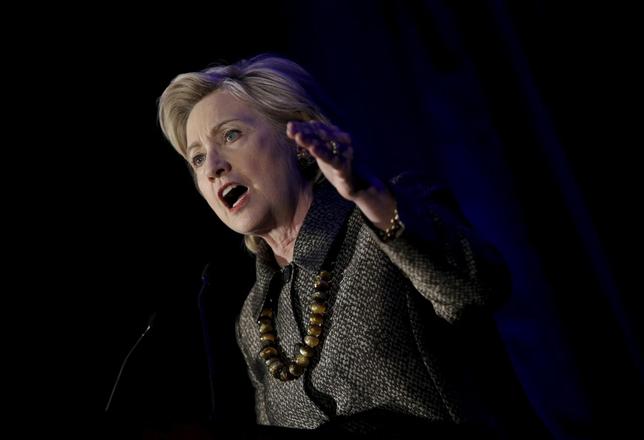 Democratic front-runner Hillary Clinton on Monday called for an easier path to U.S. citizenship for immigrants, including easing fees associated with naturalization, and other immigration overhauls.

Clinton's remarks, in which she also repeated calls for a pathway to citizenship, ending family detention and closing private detention centers, underscore efforts within the Democratic Party and the presidential race to court Latino voters as that population grows briskly.

"I don't want anyone who could be a citizen to miss out on that opportunity," Clinton said in New York at a conference on integrating immigrants into the United States.

Clinton said she would work to expand fee waivers for people looking to naturalize and become U.S. citizens, as well as increasing access to language programs to improve English language proficiency.

The former secretary of state is vying with Vermont Senator Bernie Sanders for the Democratic Party's nomination to the November 2016 contest.

Sanders is scheduled to address the same event, the National Immigrant Integration Conference, on Tuesday.

Clinton was interrupted on Monday by protesters who said the current immigration laws exclude or do not do enough for too many people, including many lesbian, gay and transgender people. The Democratic candidate continued speaking as the protesters shouted from the back of the room.